Time management in simple words. On the example of John, Margaret and Tim. 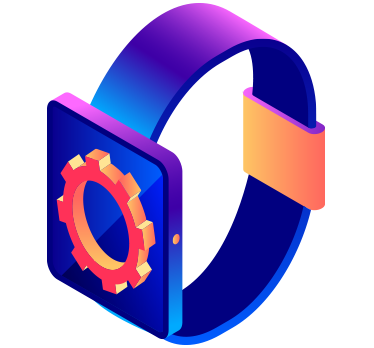 — How did you spend your day?

— So... For a couple of hours watched YouTube, an hour in social networks, worked throughout 6 hours and in the evening made food.

The answer has an error of 124%. It's about human nature and perception of time. To be more precise, you probably noticed that time can stretch in different ways, depending on the case that you are doing.

For example, it may seem that you spent about 20 minutes on checking social networks and watching videos on YouTube, when in fact you have spent 3 hours on it. At the same time, the work on a sticky and difficult task may seem endless, but in fact you have spent 40 minutes on it. If you dig closely, so you are not definitely distracted on the social network at work ?

That's when we need to use timing.

Timing is when you record all your business and the time spent on them by the minute.

— Had Breakfast for 15 minutes.

Even if you record your timekeeping with an error of 5 minutes, the data will still be very useful.

How long do this?

Someone's been doing this all their life. But a usual week will be enough to understand what you spend extra time on.

You will be surprised by the amount of time you waste.

As a result, you can find out that you have to work overtime as you actually do work only 2-3 hours a day. Now you know your weaknesses and can work on them.

This Is john. He grew up in a large family with three brothers and a sister. Parents spent a lot of time at work to feed the family. John is a middle child, so he always had to maneuver. And John considers it Okay to work 10 hours a day, 6 days a week. Although he is not very happy with it, as he has no free time for life. 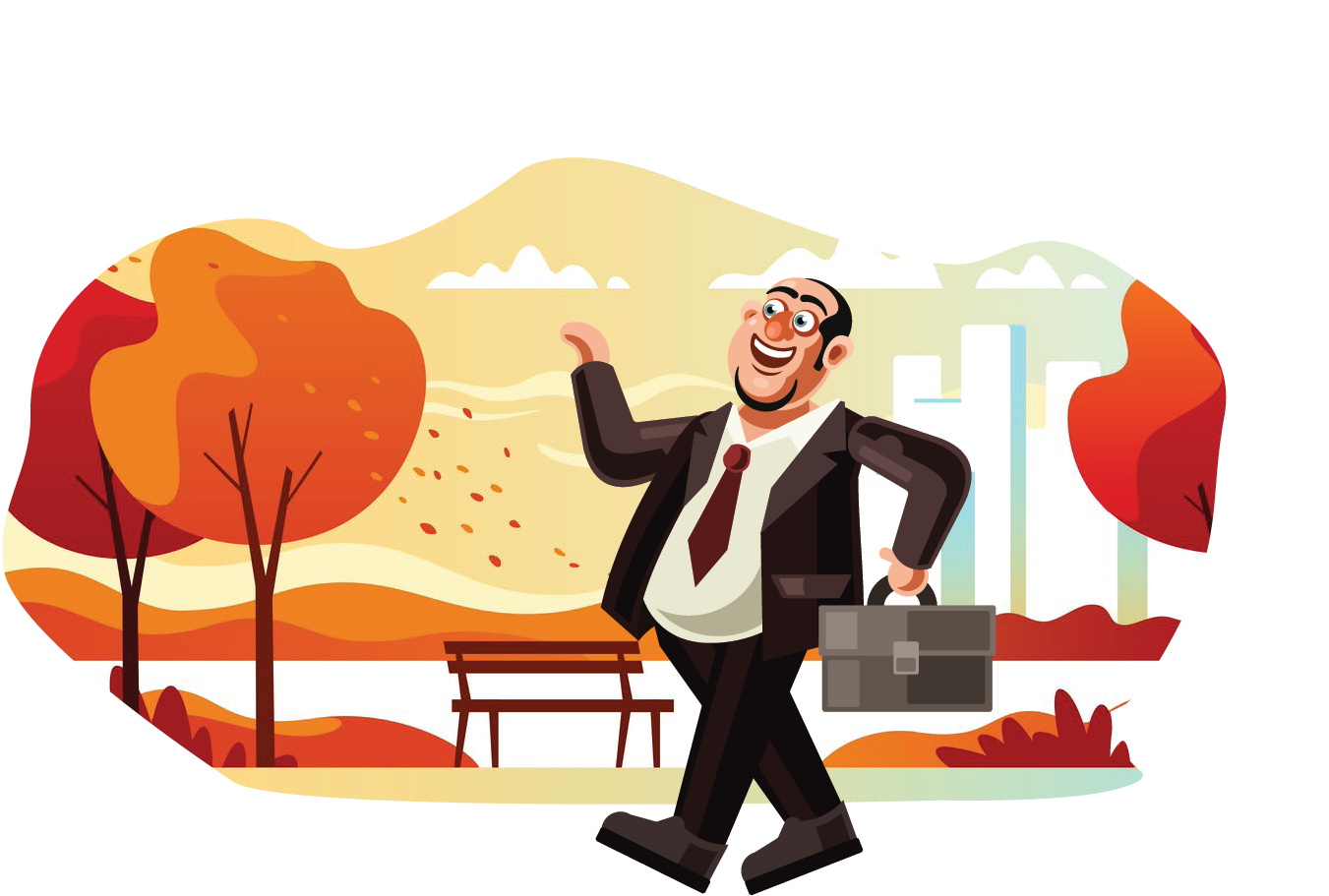 John recorded the timing for three working days, and then dropped. He decided that he had no time for it. However, he somehow stumbled upon his notes after a couple of weeks. And.... Oh, miracle! He noticed that his weakness is talking on the phone.

John is an extrovert and a talker. Often extroverts lose control of the time when they get a chance to chat. No wonder he spent 3 hours a day talking to the workers.

What John have to do?

Announced to all his friends and partners that the preferred method of communication is e-mail.

When the call is still needed, it will be planned. This means that John can prepare a list of items that need to be discussed and cross them out as soon as they are ready. It is also necessary to learn to be concise. Doing this is much easier when the conversation is planned in advance. And when all the items on the list are over — the conversation is over.

Interesting how John will spend two extra hours a day.

Margaret works tirelessly, but for some reason there is still not enough time. She even had to cut her lunch break by 30 minutes.

Recently, her boyfriend proposed marriage to Margaret. Now they need extra money for the wedding and Margaret is ready to work seven days a week,  just to get more money. 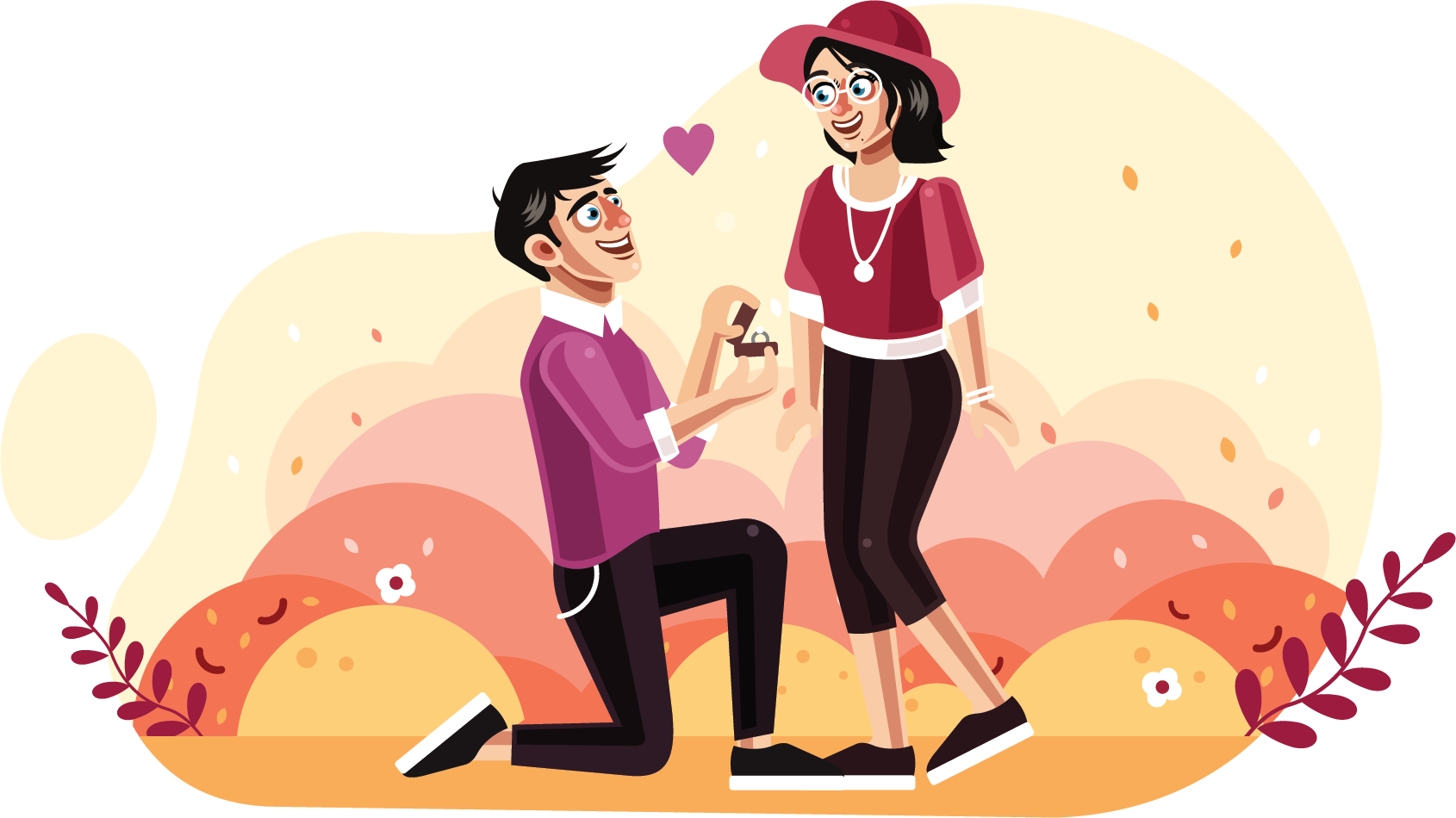 Margaret is a persistent girl, so she decided to study time management. And she began with the timing. After a week of recording, she found out what her problem was.

Her friends were very happy of event in the Margaret’s life and often send messages to her with spaces for weddings and other wedding trinkets. By themselves, notifications do not take much time. But what's wrong?

The feelings of Margaret, she spends no more than 3 minutes per distraction. Actually it turned out that 2 hours 43 minutes a day. It’s time that she just spends on notifications. In addition, it was observed that similar tasks in the case of notification are performed, on average, 20 minutes longer, not counting the time spent on social networks.

First, the notifications bring down the concentration, and therefore the task time is spent more than you really need. Secondly, after each notification Margaret comes to see what she threw, then another look through a couple of posts in the tape, type message to friends and get back to work.

What Margaret have to do?

he solution is one surface. At work, disable all notifications in social networks, and respond to them only during a full lunch break or after work.

Tim is a businessman. His free time he likes to spend with friends. Double pleasure, if it takes place in a restaurant, because Tim also loves to eat.

But he has one problem: doesn't have enough time. Meetings and business all the time. He would like more free time, but business not will work so. 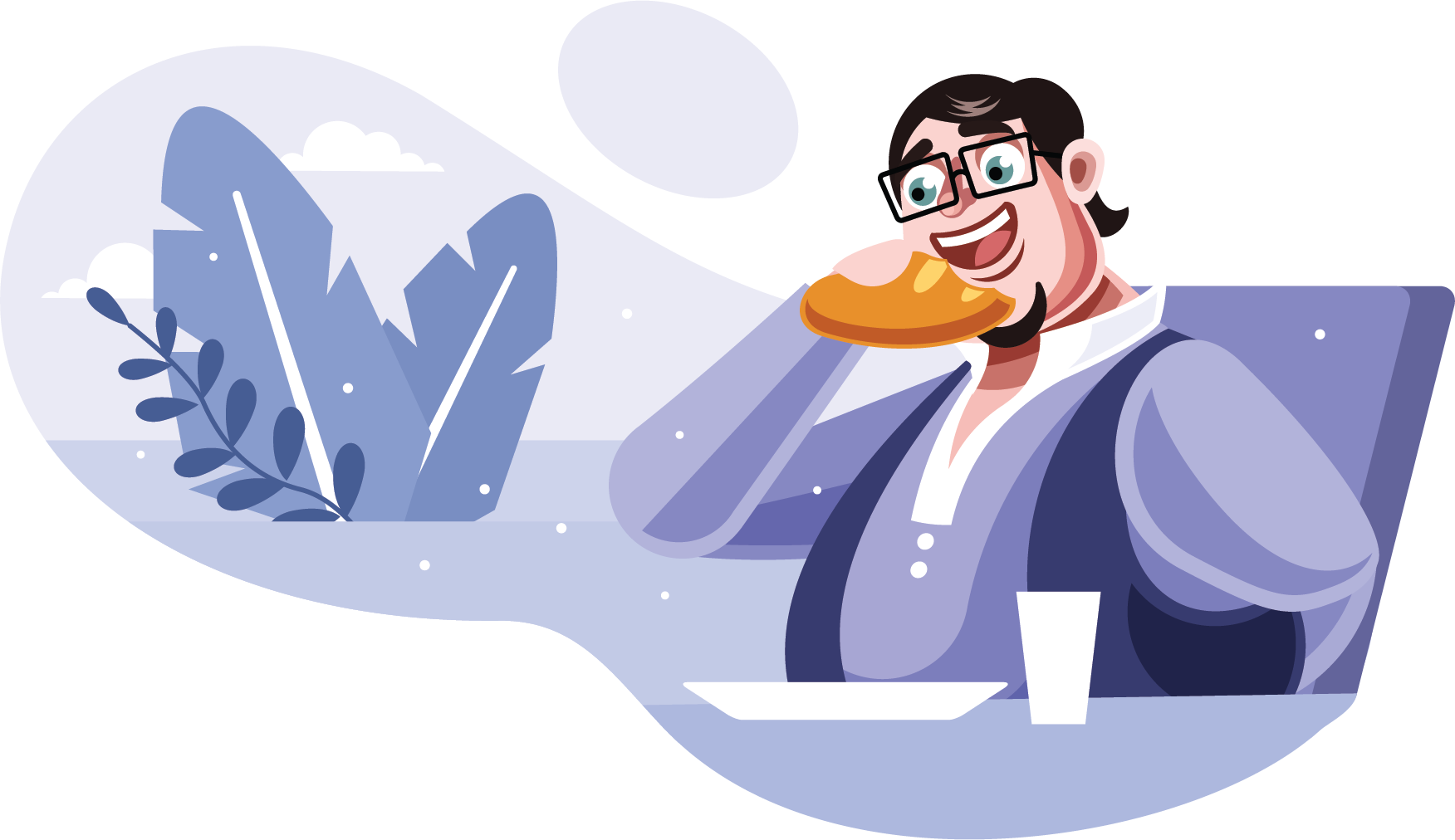 Tim also started using Timing, but he often just forgot to write something down as of an emergency meeting. Writing down intermittently for 5 days, Tim sat down one night and was surprised.

Due to the fact that Tim does not have his office, he went to meetings every day in his car. Usually the meetings were held on neutral territory. Like a cafe.

So it turns out that four of the twelve working hours Tim spends on the road. And another two hours of empty talk in the cafe. The atmosphere contributes to this.

What Tim have to do?

After estimated everything, Tim understood that each meeting costs him, on average $25. He holds four or five meetings a day. Plus transport costs $400 per month.

Total, only for meetings, Tim spends extra 180 hours and $3400 a month. He decided that it is more profitable to rent an office and invite all customers to him. This way the meetings will be more on-the-case, not about eat, and the day he will be able to hold two meetings a day more. But Tim went further and hired a Secretary. Tim asks once a month to provide reports on the time spent by him. Now Tim knows exactly how unproductive he was before. But this is only one and the simplest method of time management.

What to use for Timing?

It is ideal not only for team planning and project management, but also for personal businesses. When you have registered, the first thing you see is a personal calendar with the ability to record, setting the date and time of tasks and their duration. This is done for a reason. It is also convenient for planning future tasks. 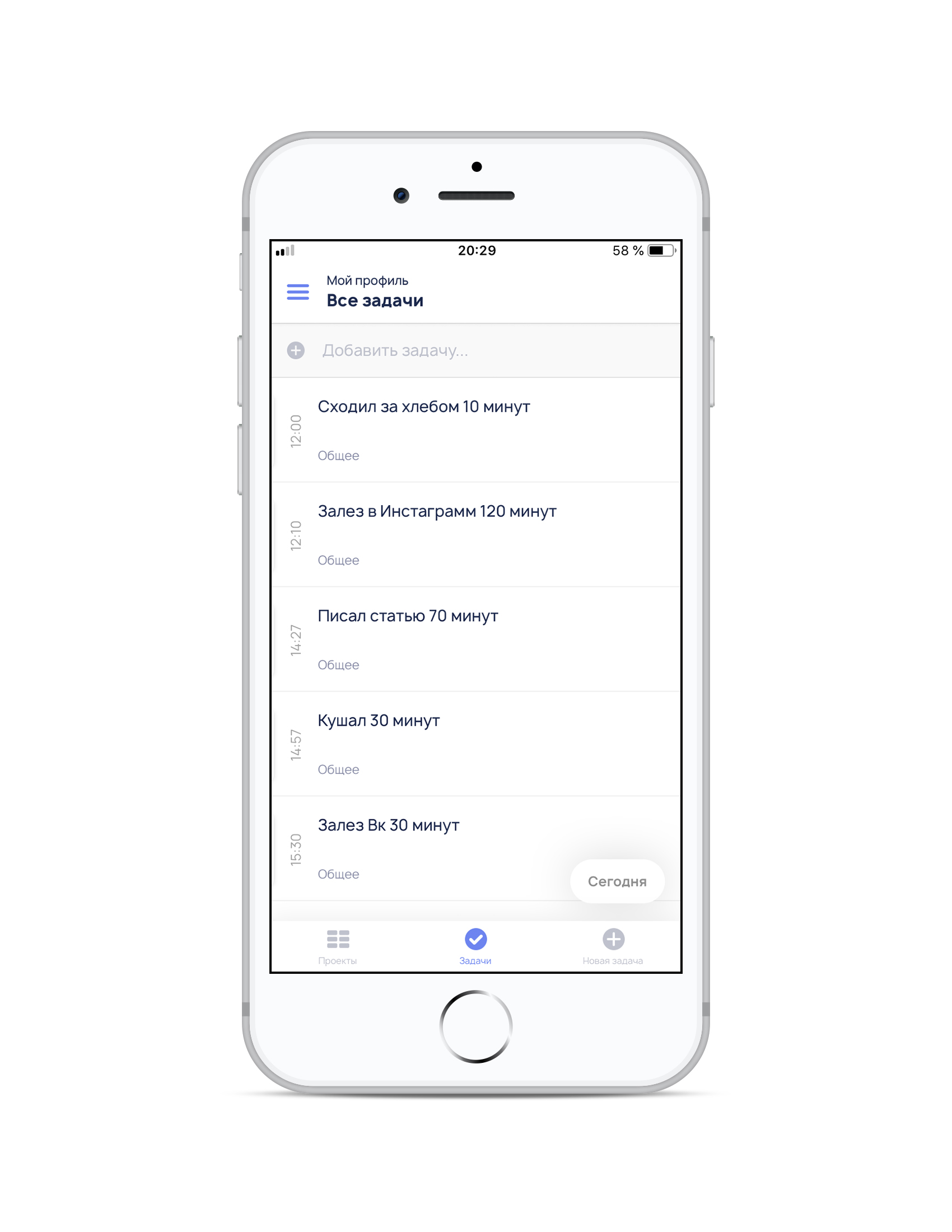 You can't control what can't be measured. 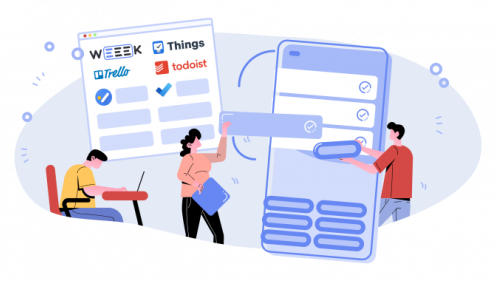 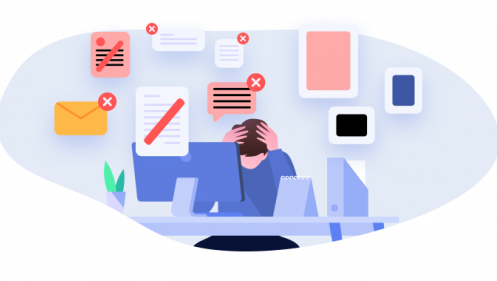 How to manage your workload

The productivity of a team where everyone plows non-stop, in the end, is slightly higher than where half of them just lie and spit at the ceiling. I will briefly tell you how a properly distributed workload helps make the team work more efficiently. 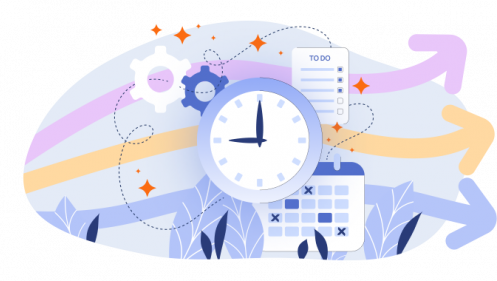 Speaking of project management methods, they put everything in one pile: Kanban, Agile, PRINCE2, Six Sigma, and much more. We figured out why you can't do this, and we did it right.